Google’s John Mueller explains What is mobile Indexing and How to Ace it.

How does Google Mobile-first indexing work in 2020?

Google recently rolled out mobile-first indexing for all websites and also mentioned it was a big algorithm update where it would influence your rankings on google. What this really means is the google bots will first crawl the mobile version of the website and test/ verify if it works and renders properly. It will crawl all your links and code for the meta bit also the touch ports and rendering on the mobile screen. Once it passes this test, it will be considered in for indexing. Data and metrics from the mobile experience will have more dominance in the algorithm and user behavior, while ranking websites on google.

At the Webmaster talk, John Mueller shared a couple of key insights and how businesses need to adapt to Google’s mobile-first indexing. The foundation, simplified answer to what you need to do for Google mobile first indexing in 2020:

“With regards to the different versions on different pages, the thing to keep in mind is with mobile first indexing, we will be indexing the mobile version of the page.
So if the mobile version of your page does not use normal URLs for navigation, then we will have trouble indexing your mobile site because we won’t be able to access those non-URLs to get to your content.
So if the whole navigation on the mobile site is really purely JavaScript-based, you’re swapping out different layers on a page, it stays on the same URL, there are no actual links on this page, then we would probably have a lot of trouble being able to crawl and index that site.
And probably we would not shift that site to mobile first indexing at the moment. But at some point we’re going to make the decision and say well, we need to shift everyone over.
And that will mean we’ll shift your site over as well, even if it’s not ready yet for mobile first indexing.
And if really all of the content on your mobile site is not accessible through normal URLs, then we will drop that from the index.

So that content won’t be shown in the search results at all.

The solution, The approach to Google Mobile Indexing 2020:

“So it gets really complicated.
My recommendation for this kind of situation is to try to simplify things as much as possible for your website.
And instead of having three different variations of the same page, find a way that you can use some kind of responsive design so that you either just have two versions, maybe kind of like desktop/mobile combined and the AMP version.
Or maybe there is even a way to move to a pure AMP framework where you essentially use AMP for the whole website.
Because AMP is a responsive web framework, so you could theoretically do that for a lot of things as well.”

It makes complete sense. Google has always put the user first. If over  80% of the traffic is accounted by smartphones, the websites will need to load and function seamlessly on smartphones. I’m not saying desktop is dead – but think about it, why would Google rank a great desktop site that doesn’t render/open on mobile when the audience is on mobile devices.

Now throw in another core algorithm the google released recently, called BERT, that places a lot of importance on user intent coupled with the bounce rate/ drop off analytics data and you understand why mobile indexing is so very important.

What is extremely clear is that mobile-first index is going to be harsh for sites that do not adequately test the mobile versions of their websites or ensure that all their URLs get indexed and picked up by the Google bots.

You need to get the mobile site done correctly to ensure you rank on google now.

Finally, designers will have to stop designing desktop first sites and then adapting to half-decent mobile designs. And instead, start to actually design mobile-first sites.

If you need help with your business or brand or want to ensure you’re using best practices to rank on page of google or just need a website SEO site audit report , drop us an email and we’ll get back to you  🙂 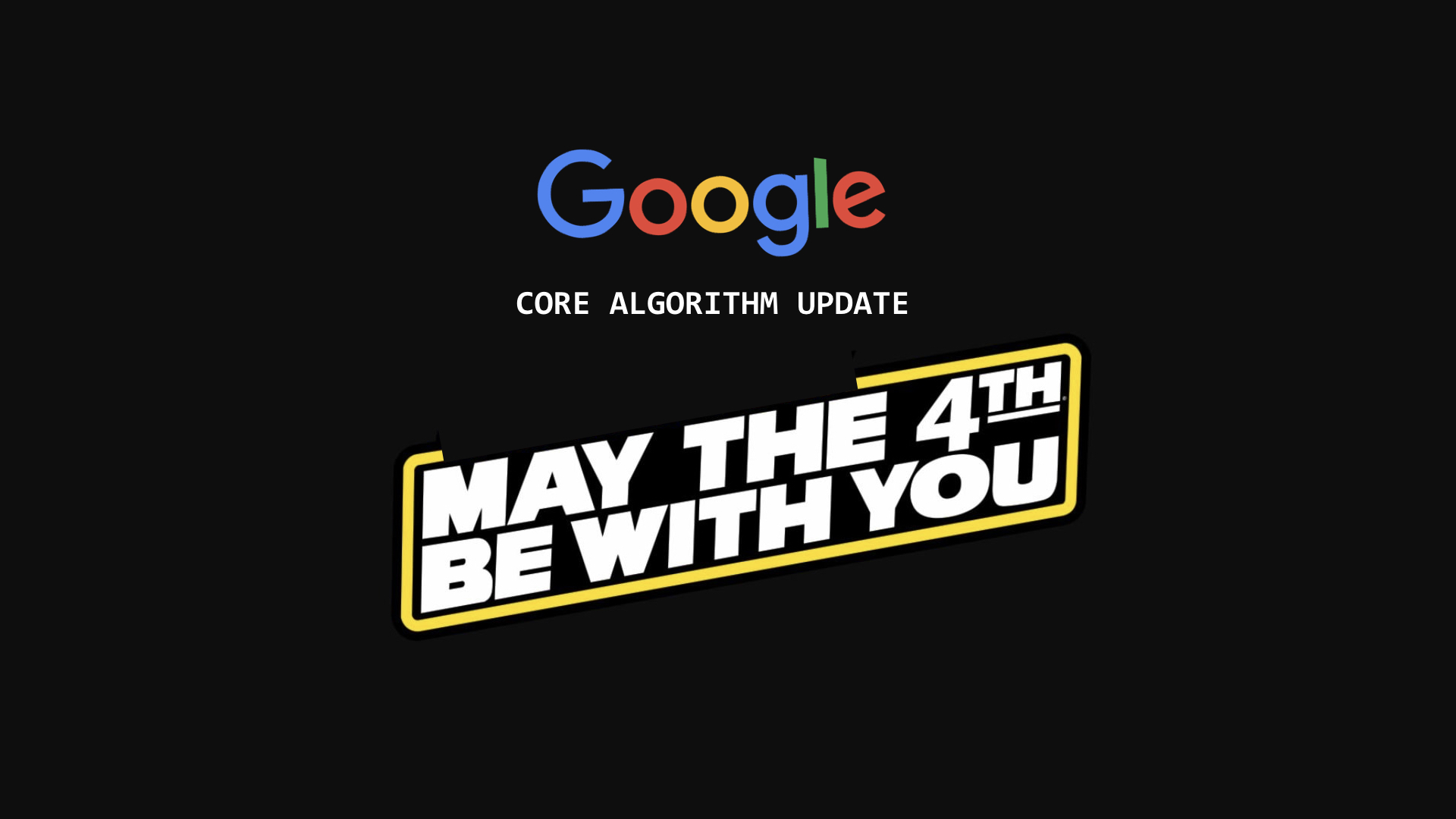 May the 4th be with you – was what was playing on every Search engine marketeers brian, on LOOP.  When google generally announces an algorithm update, it usually has all the SEO gurus, SEO Ninjas, SEO masters glued in to their search console and analytics data to avoid a trip to the cardiac unit.

Search Engine Land, compiled a report of several data companies that track Google’s search results to send us impressions of this update and they all agree, this is one of the largest Google core updates in a long time.

At TTB, we verified the data for the Indian the market, and India shows the same results – we’re a week or 2 late but wanted to ensure our research for India centric. The only reason for doing this is most reports that arise from Search Engine Land and Moz are more US, UK centric. In the truest sense, going #VocalforLocal for the Google’s May 2020 core update.

Initial Thoughts on the Google May 2020 core update

The Google May 2020 core update/ Google algorithm update started to roll out on Monday, May 4th. Like all core updates, this was a global update and was not specific to any region, language or category of web sites. It is a classic “broad core update” that Google releases every few months or so. While we had BERT come in a change things up for a bit, the May 2020 update was triggered by
1. Change in search patterns due to Corona Virus
2. The change in searches from mobile back to desktop because of the Work from home situation
3. To battle amazon and instagram shopping experience.
4. Australia’s and France’s stand on news publications.

That my take on this anyway:)

Here’s what thought leaders had to say:

Mordy Oberstein from RankRanger called the May update “an absolute monster.” “The January update was a very big update yet this one slightly edges it out,” he added. The company shared this chart comparing the May to January 2020 core updates in terms of rankings volatility for the terms it monitors.

What the graph means: In all cases, the May update shuffled the Google results more than the January update.

Oberstein added that the Google May 2020 core update is different than previous core updates because “this update appears to be far more uniform across the niches I looked at than your typical core update.” Here are two charts he shared illustrating the May core update’s impact on page one results across a number of industry verticals in RankRanger’s data set.

Yulia Ibragimova, Olga Andrienko and the SEMRush team prepared a lot of data on this update. SEMRush said that this update was bigger than the January core update as well. They said, “the May update is stronger and influencers more SERPs and positions.” The SEMRush sensor tracking tool is showing a score of 9.4, whereas the January update was closer to 8. So this was a big update relative to other core updates.

SEMRush data showed the industries most impacted were travel, real estate, health, pets & animals, and people & society. Here is the chart of breakdown volatility by industry from SEMRush:

The SEO community in both the online discussion forums and on social media around the Google May 2020 core update have been extremely vocal about this and some people claimed to have lost over 90% of their Google organic traffic, while others did well from this update.

The community is split into two:

What to do if your website is hit by the Google May 2020 Update:

It is often hard to isolate what you need to do to reverse any algorithmic hit your site may have seen. When it comes to Google core updates, it is even harder to do so. If this data and previous experience and advice has shown us is that these core updates are broad, wide and cover a lot of overall quality issues. The data above has reinforced this to be true. So if your site was hit by a core update, it is often recommended to step back from it all, take a wider view of your overall web site and see what you can do to improve the site overall.

Here’s the summary of the Google MAY 2020 core update: The TLDR (Too long didn’t read) version